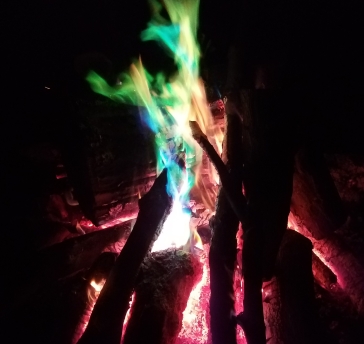 I decided to do the First Oath, even though it isn’t really required. I looked at both Our Own Druidry and the First Oath Chant written by a member named Brandon and was inspired to do a similar chant for my first month.

The OOD describes the purpose of the First Oath is to make a promise to the Kindreds to practice in three particular ways: through Virtue (doing right), Piety (doing the work), and Study (increasing knowledge). While I looked at both the OOD’s version of the oath and listened to Brandon version, I realized I wanted to further edit my own oath. Both versions were very wordy and while the three promises — Virtue, Piety, and Study — were in both versions, they could be drawn out more clearly.

Hence, I created this version below:

“Hail, Kindreds, this is the chant of the First Oath.
With this holy oath, I set my foot on the path of Druidry.
I, [name], declare myself to be a Pagan.

I vow to celebrate and honor the Kindreds piously,
To worship the Gods in harmony.

I vow to seek virtue in my life daily,
To do right by my kin and community.

I vow to deepen my knowledge through study,
To seek the ancients through lore and history.

These things I swear to the Gods.
So be it.”